Clarence Kelley was born in Kansas City, Missouri in 1911. He received his Bachelor of Arts degree from the University of Kansas in 1936. He continued his education earning an LL.B. from the University of Kansas City, Missouri, in 1940. He was admitted to the Missouri Bar the same year and joined the Federal Bureau of Investigation as a Special Agent on October 7, 1940. He served in field offices in Huntington, West Virginia; Pittsburgh, Pennsylvania; Des Moines, Iowa; and the FBI Training Center in Quantico, Virginia.

Kelley, with the approval of J. Edgar Hoover, took leave from the FBI and joined the United States Navy where he served from July 22, 1944, to April 9, 1946.

On his return from military service Kelley was assigned to the Kansas City office, where his performance earned him a promotion to field supervisor. He also served at FBI Headquarters in Washington, D.C. in 1951. He served as Assistant Special Agent in Charge at the Houston, Seattle, and San Francisco offices from July 1953 to July 1957. He was transferred to the Training and Inspection Division at FBI Headquarters, becoming an Inspector. He was promoted to Special Agent in Charge of the Birmingham office in December 1957, and was reassigned to the Memphis office in November 1960, where he served as Special Agent in Charge until his retirement from the FBI on October 24, 1961.

After retiring from the FBI Kelley became the Chief of Police in Kansas City, Missouri. During that time, he was a member and officer of several civic associations. He is acknowledged and respected as an innovator, who created the first helicopter division, organized the first Metro Squad and installed the first computer systems in the Kansas City Police Department.

Kelley received the J. Edgar Hoover Gold Medal for Outstanding Job Service in 1970, which was presented by the Veterans of Foreign Wars. The following year he was named to the Presidential Advisory Committee and served on both the National Advisory Commission on Criminal Justice Standards and Goals and on the FBI National Academy Review Committee from 1972–1973.

During his time as Director, Kelley was known for eliminating the embezzlement practices that had been prevalent in the administrative division under J. Edgar Hoover’s administration through his cooperation with a Justice Department investigation. Kelley also reopened relations with other intelligence agencies, such as the CIA which had nearly been shut down by Hoover in his last years as director.

Kelley announced his intention to retire in 1977, prompting an exhaustive year-long search for a successor. President Jimmy Carter finally decided on William H. Webster, who was nominated in January 1978.

Kelley retired from the FBI February 15, 1977 and founded Clarence M. Kelley and Associates, Inc. (CMKA), a security and investigation firm, in 1982. CMKA is now one of the nation’s leading Professional Investigative and Security Consulting Firms.

Kelley died in 1997 in his sleep from natural causes in his Kansas City home. His remains were later buried at Mount Washington Cemetery in Independence, Missouri. He was buried next to his first wife, Ruby who died in 1975 from cancer. 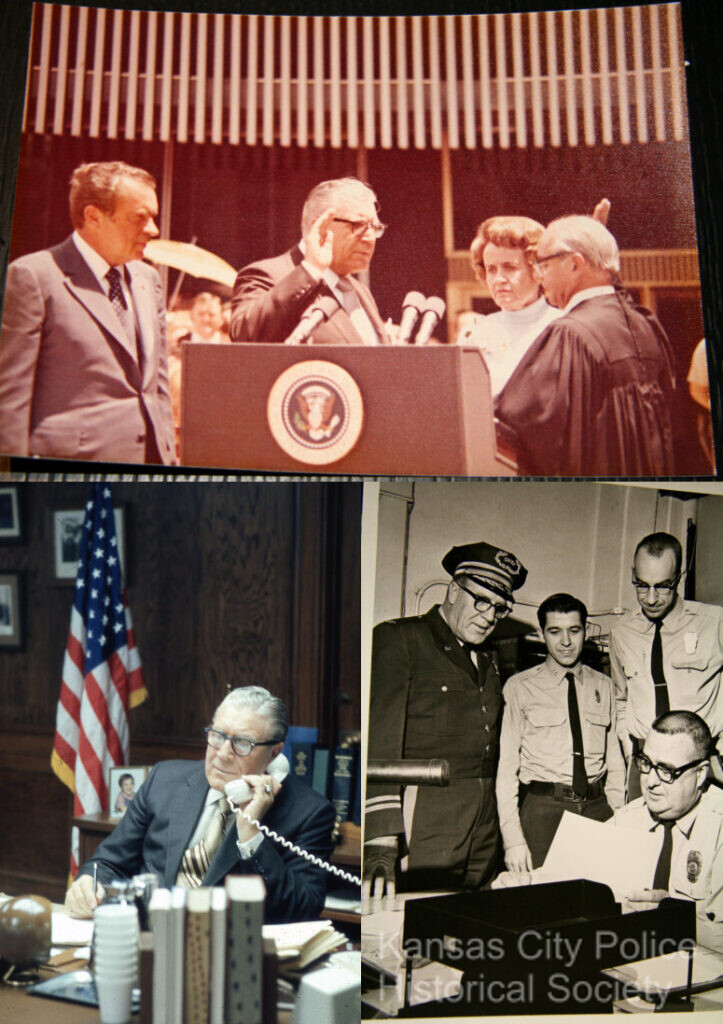